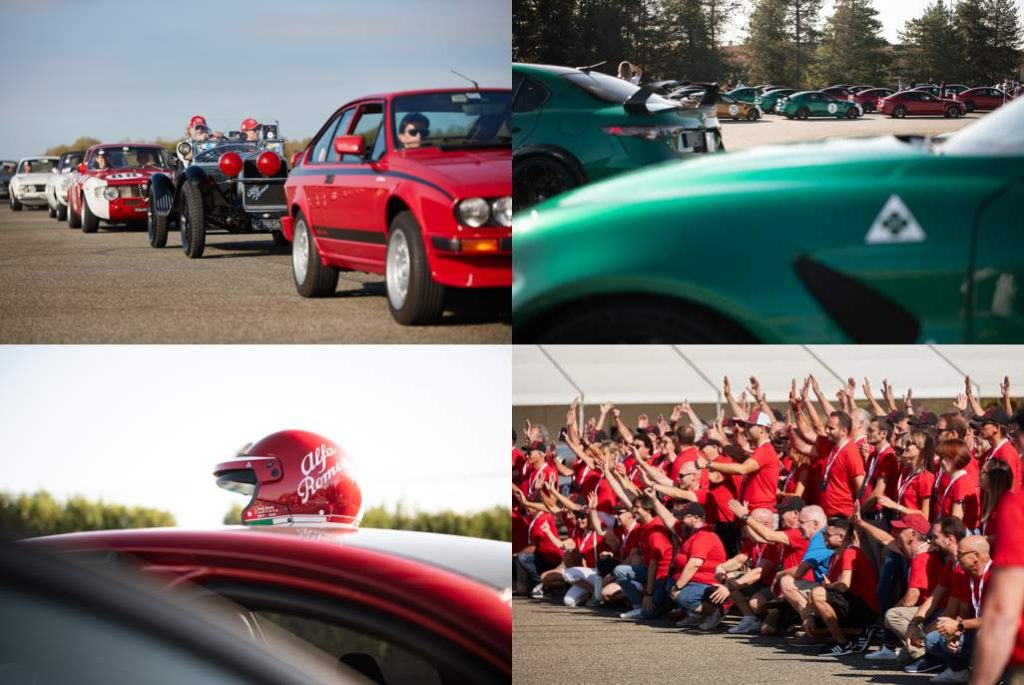 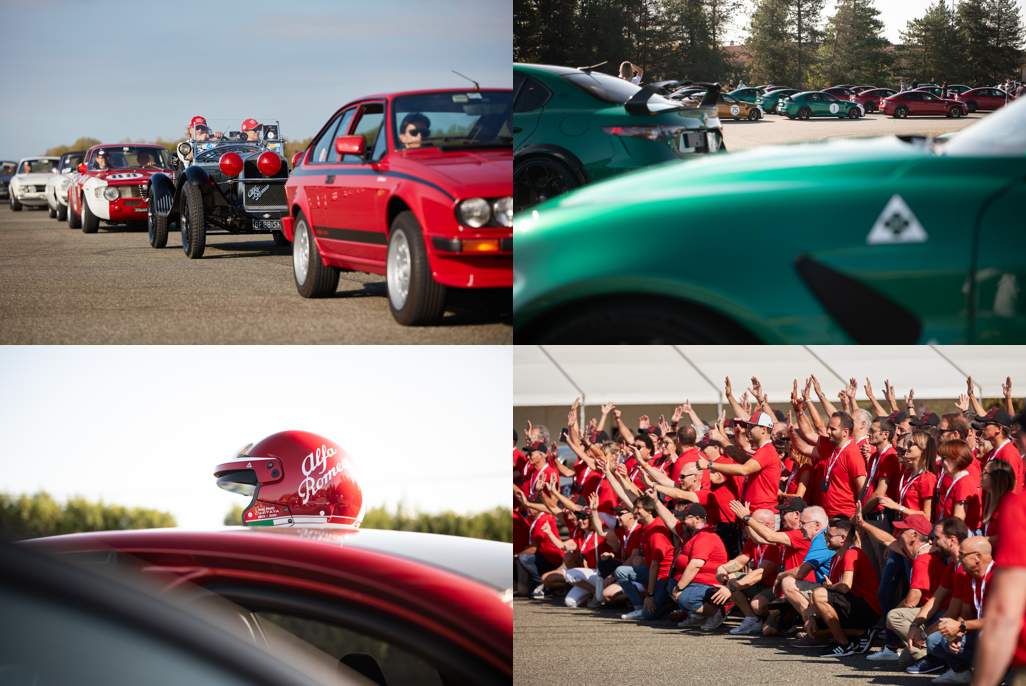 This year’s Italian Grand Prix gives Alfa Romeo the chance to celebrate the unbreakable bond that links it to the historical Monza Circuit—a location where it has written indelible moments in the pages of motorsport history. Here Alfa Romeo won its first Formula 1 title on September 3, 1950, with the Alfetta 158 driven by Nino Farina.
As pinnacle of the celebration, a spectacular parade took place today inside the Monza racetrack: 112 collection members of official brand clubs, with their cars recounting the 112-year history of the brand, paraded in the same track where tomorrow the F1 single-seaters are going compete with each other.

At the head of the Parade, Stefano Domenicali, CEO F1 and Jean Phiippe Imparato CEO Alfa Romeo on board of two very iconic cars that well represent the history of the Brand and its bond with the world of racing:

– The 6C 1750 Super Sport (1929), one of the most important cars of its era and the winner of the most famous races both on road and on the circuit. This example with an aerodynamic bodywork built by Zagato and belonging to Alfa Romeo’s official team, has achieved many victories throughout Europe with Goffredo Zehender. The star of an era in which Alfa Romeo wrote indelible pages of its own myth in motorsport, starting right from the “home track” of Monza.

– GIULIA Sprint GTA (1965) to represent the great motorsport victories of the postwar period and still one of the most iconic models in the brand’s history. Built from the Giulia Sprint GT that was lightened by 200 kg (the “A” in its name means Lightened) it made its racing debut at the 1965 “1000 Km” of Monza with two cars entered in the prototype category, awaiting homologation in the touring car class. The real debut was at the 4 Ore of Monza (1966) among the most important events in the world for Turismo cars- with the Giulia Sprint GTA of De Adamich-Zeccoli dominating the race, followed by six other twins Giulia GTA. Four consecutive victories were celebrated at the 4 Ore of Monza. Thereafter, there were many more victories, from the Coppa Piemonte to the Inter-Europa and the successes achieved by the Giulia Sprint GTA-SA and GTA 1300 Junior versions. This model was prepared and raced by Autodelta, Alfa Romeo’s official racing department. Drivers who raced in this car include Ignazio Giunti and Giorgio Pianta.

Out of the Circuit, Alfa Romeo is celebrating this important anniversary with a Tribe Day, an international event which gathers the brand’s fans from all around Europe: 100 Giulia GTAs as the 100 years of the Monza Circuit and 112 collection members of official brand clubs with their jewels to recount the 112-year history of the brand.

The celebrations don’t end there. Tomorrow a second spectacular parade of 212 (100 Giulia GTA and 112 historical cars) will depart from the Arese Museum and will traverse the city of Milan to reach the Monza racetrack, where all participants will watch the Grand Prix and support the Alfa Romeo F1 Team ORLEN in a dedicated seating area in the Ascari and Biassono stands. 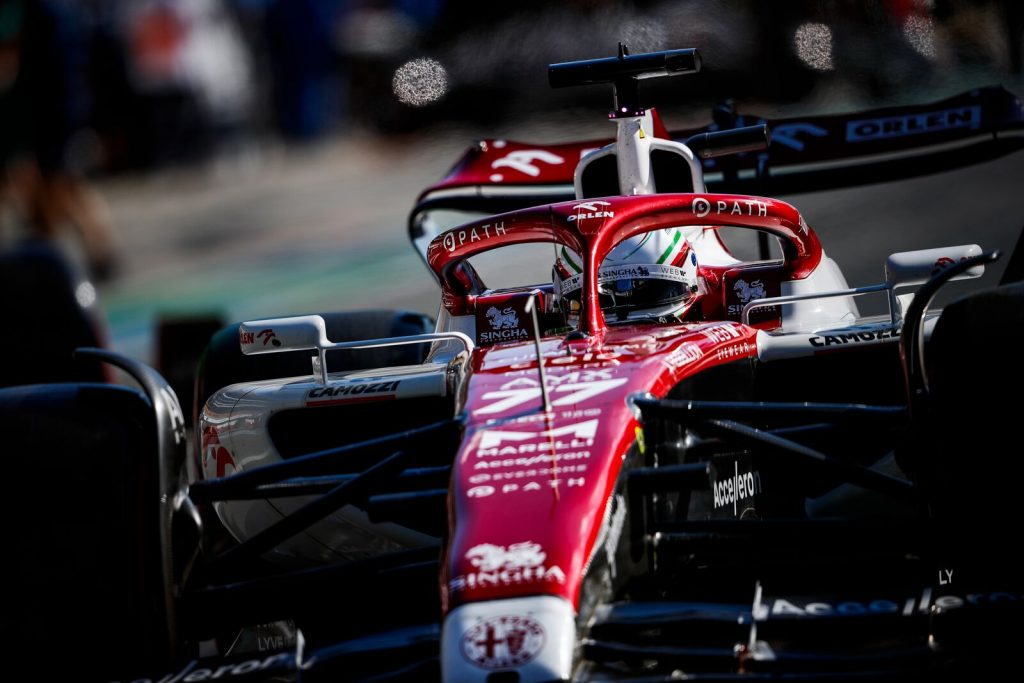 Monza, 10 September 2022 – Alfa Romeo F1 Team ORLEN delivered a solid performance in qualifying for the Italian Grand Prix, as Valtteri Bottas and Zhou Guanyu set the 12th and 14th times in the session respectively. The grid for tomorrow’s race will be mixed up by penalties to several drivers, including a 15-place one to Valtteri for new power unit components, with Zhou expected to start in P9 and Valtteri in P15.

Frédéric Vasseur, Team Principal: “Today’s performance was a step forward compared to the last couple of rounds. The circuit seems to suit us better and we can be satisfied with the work we have done since Friday. P12 with Valtteri and P14 with Zhou is a decent result, and we can take heart by knowing we went quite close to a spot in Q3. We head into tomorrow confident we can fight for points: Zhou will be ninth on the grid and Valtteri, despite his penalty, will lose only three places and race a car that has been set up with Sunday in mind. We have seen how chaotic races in Monza can be, so making the most of any chance will be good: if we have a good start and do our job properly, we can fight for the points with both cars.”

“I am pretty happy with today’s performance: I think we got everything we could out of this session. Our objective was to be ahead of Magnussen and Schumacher, as they had the same amount of penalties as us and we were fighting for position – and we did it. We knew we had a big penalty today, so we focused completely on setting the car up for the race – and still got very close to a spot in Q3. I feel we have made a good improvement compared to the last couple of rounds and we should be in a position to fight for points, even with the penalty. Our race pace is good, and hopefully we can have some nice battles tomorrow.”

“I think we came away with a good result, even though we were under some pressure as we only had two sets of new tyres. We were strong in Q1, while Q2 has been quite difficult for me: we struggled a bit more to get the balance right, and a flat spot on my tyre did not help. It was unfortunate as I think we were looking good and there was much more to get out from the car. Nevertheless, due to all the penalties to other drivers, we should be starting in the top ten, and it’s always nicer to be a little further up on this track. I am looking forward to tomorrow, as hopefully we will have more opportunities throughout the race.”