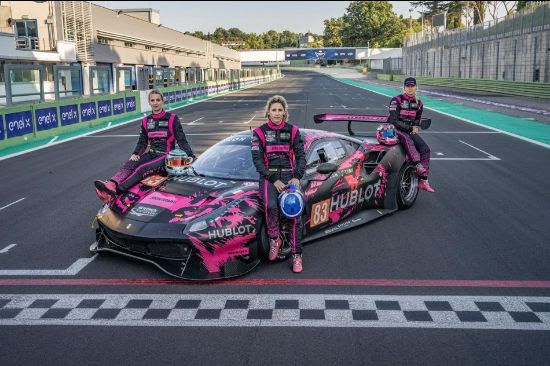 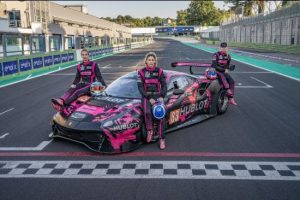 This weekend, two all-female crews will line up for the world’s most famous endurance race, the 24 Hours of Le Mans (19-20 September). Six FIA Women in Motorsport Commission-supported drivers – competing with the Richard Mille Racing Team and Iron Lynx in the Iron Dames project – have secured coveted places on the 60-car grid for the 88th edition of the race, the first time since the mid-1970s that more than one female crew has been on the start line.

In preparation for Le Mans, the team – headed by Britain’s Katherine Legge – has been competing in this year’s European Le Mans Series. However, following a testing accident at Le Castellet, Katherine has temporarily been forced on to the side-lines as she continues her recuperation.

“I’m really disappointed I won’t be able to drive this year, but I feel we made the right decision together as a team and with the doctors,” she said. “I am walking now – which I will never take for granted again – albeit slowly and still with pain. I am cleared to drive, but repeated stints over 24 hours might do more harm than good to my recovery and put unnecessary stress on the team. They have been cheering me on through my recovery, just as I will be cheering them on for the big race! I can’t wait to get back in the car.”

The team’s commitment to supporting this women in motor sport programme has been unwavering and has therefore allowed Beitske to join Tatiana and Sophia for their debut in ELMS and the legendary Le Mans.

“I’m very excited and grateful for this incredible opportunity,” said Tatiana, who has already claimed two top six finishes in this year’s ELMS races. “To do Le Mans is a dream for every driver and to be able to do it representing Richard Mille and the FIA Women in Motorsport Commission is a huge honour.

“We have been preparing in ELMS, but Le Mans will be the first time the three of us will race together, and it will be very intense, a huge challenge: three rookie drivers in a very condensed schedule without the usual previous test,” she added. “I think we are all starting to understand how the endurance races work, how you need to approach them as a team while sharing a car. The only sad part is we won’t get the full Le Mans experience without the fans being there, but I hope they can cheer us from home. We are ready for the challenge.”

Among the 22 LMGTE Am entries, the Iron Dames – a unique project conceived and supported by Deborah Mayer, a passionate French driver and promoter of women in motor sport – will be run by Iron Lynx, also regulars in the ELMS.

The #85 Ferrari 488 GTE Evo will be in the hands of Rahel Frey, Michelle Gatting and Manuela Gostner and the trio are proven podium finishers, having claimed two third positions in the category from the three events run so far during this year’s ELMS. In 2019, they were the first all-female crew in 10 years to compete on the Circuit de la Sarthe and finished ninth in their category. Now into their second ELMS season together, and having gained crucial experience of competing at Le Mans, the trio are focussed on capitalising on their knowledge and understanding of this mythical race.

“There should be no doubt that we definitely arrive at Le Mans with much more experience as a team and drivers. This helps us to focus on the race as we all have an idea of what we are up against,” said Michelle Gatting. “We had a strong start to the ELMS season with two podiums so far and we are aiming for podiums again in Monza and Portimão. Regarding the result for Le Mans, I think we should aim for a top 10, the field is big with 22 cars and a lot of strong competitors.”

Talking of the challenge ahead, Michèle Mouton, President of the FIA Women in Motorsport Commission and winner of the Prototype 2L category at the 1975 Le Mans, said: “Le Mans is very special and to have two female crews on the start line is incredible. It is a real step forward and evidence that our top women drivers have their place within professional teams. Tatiana, Sophia and Beitske are on a steep learning curve in endurance racing, but they have had some really positive races so far this season and their motivation to improve lap by lap is high. In their second season in GTE, Michelle, Rahel and Manuela have shown they are capable of podium finishes and I know they will be pushing even harder now they have the experience of a Le Mans race behind them. There is no underestimating how tough the challenge will be, but all six drivers are well prepared and have great teams behind them; we wish them all a safe and successful race.”

The FIA Women in Motorsport social media channels will be following both teams, as well as leading figures in the sport, during this week’s build-up to the race. Be sure to follow @fiawim to be part of a unique insight into Le Mans and its women in motor sport.

The Richard Mille Racing Team drivers will also be our exclusive guests live from Le Mans on Wednesday 16 September at 18:00 hrs CET. Ahead of their final preparations for the greatest race of their lives, Tatiana, Sophia and Beitske – as well as Katherine – will join our Facebook Live ‘FIA Girls on Track – Virtual Experience’ on www.facebook.com/FIAWomenInMotorsport/live/. Make sure to set up a reminder, and the live chat will be also available to listen to in French, Arabic and Spanish.