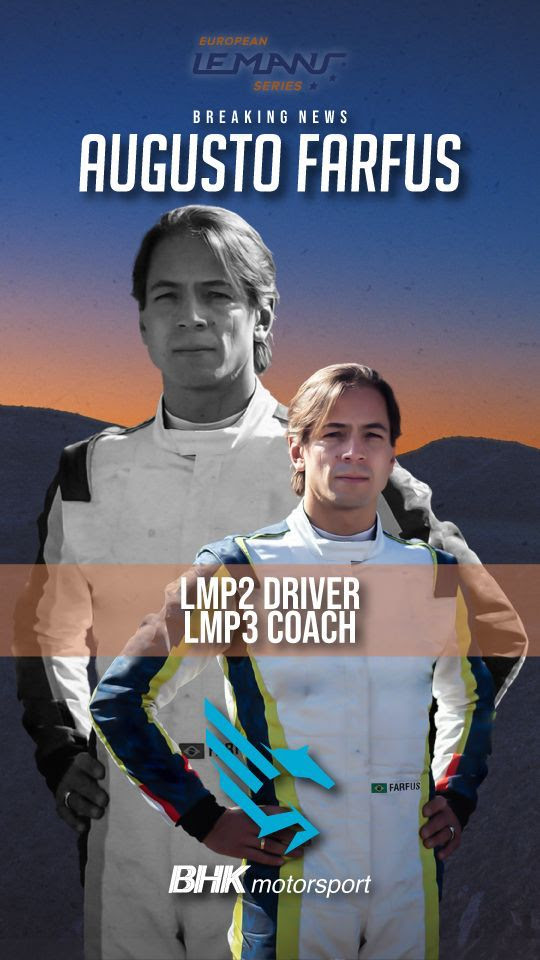 BHK Motorsport is pleased to announce the hiring of Augusto Farfus for the next European Le Mans Series seson. The collaboration between the English team and the Brazilian driver will see the latter engaged in the dual role of driver and coach. Farfus will be at the wheel of the Oreca 07 #35 fielded in the LMP2 class and, at the same time, will work closely with the driver taking the wheel of the Ligier JS P320 #16 in the LMP3 class.

The Curitiba-born is therefore the first confirmed driver in the 2022 line-up of the team led by Francesco Dracone. After a 2021 season focused exclusively on the LMP2 program (which yielded two P9 finishes at Spa-Francorchamps and Portimão), the team will be back fielding in the top continental endurance series also its LMP3 car, counting on the experience gathered in both the ELMS and the Michelin Le Mans Cup between 2018 and 2020.

For Farfus, a driver of proven talent and great experience, this will be his official debut in the LMP2 class. A new and important chapter that adds to a professional career which began with single-seaters in the early 2000s, winning the titles in Formula Renault 2.0, Eurocup in 2001 and Euro 3000 in 2003, and then continued in the world of touring and GT racing, mainly as a BMW driver.

Among the most prestigious results conquered by Farfus in the last two decades, we can mention the title in the Intercontinental GT Challenge won in 2020, the two wins in the 24 Hours of Daytona GTLM class in 2020 and 2019, the DTM vice-champion honors in 2013 and two third places in WTCC dated 2009 and 2006.

The awaited 2022 season of the European Le Mans Series will kick off at Circuit Paul Ricard on April 11 with two days of official testing, then continue on the French track the following weekend with the first round, the 4 Hours of Le Castellet. This year’s calendar will then see the return of the championship to the Autodromo Internazionale Enzo e Dino Ferrari in Imola (13-15 May) and the Hungaroring in Budapest (1-3 July), before the traditional stops at Barcelona (26 -28 August), Spa-Francorchamps (23-25 September) and the grand finale at Portimão (14-16 October).

Francesco Dracone, team owner
“I’m delighted to welcome a great driver such as Augusto to the team. I’m more than convinced that, thanks to his contribution both as a driver and as a coach, we will be able to fully express the potential of the entire team and make that leap forward in terms of performance that BHK Motorsport aims for. We are already working hard to strengthen the team going towards the beginning of the 2022 season. The European Le Mans Series is one of the most prestigious championships in the world endurance scene, the level is higher every year and our goal is to place ourselves firmly among the best contenders. It is also a great pleasure to be able to field our LMP3 car once again, another category where we aim to collect some great results. It will be a very exciting season from many points of view and we can’t wait to get on track”.

Augusto Farfus
“It is a huge pleasure for me to join the BHK Motorsport team, whom I thank for the trust they have decided to place in me in this dual role. A new adventure that represents for me an unprecedented challenge, Which I take with great enthusiasm and motivation. Personally, I find very stimulating the idea of being able to concretely help a team that in recent seasons has been a bit of a Cinderella in the championship, and do everything in my power to allow the whole team to raise the level of competitiveness in both categories and have the chance to compete with the best. The European Le Mans Series grid is one of the toughest in the world, with several teams also competing in the WEC and IMSA and many top-notch drivers: it will be nice to race in such a challenging environment. In addition to BHK and Francesco, I also want to thank BMW Motorsport for giving me the opportunity to take up this other commitment for this season”. 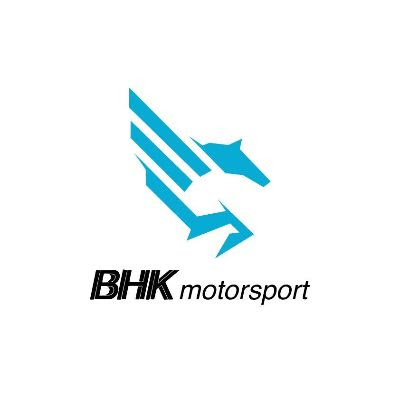