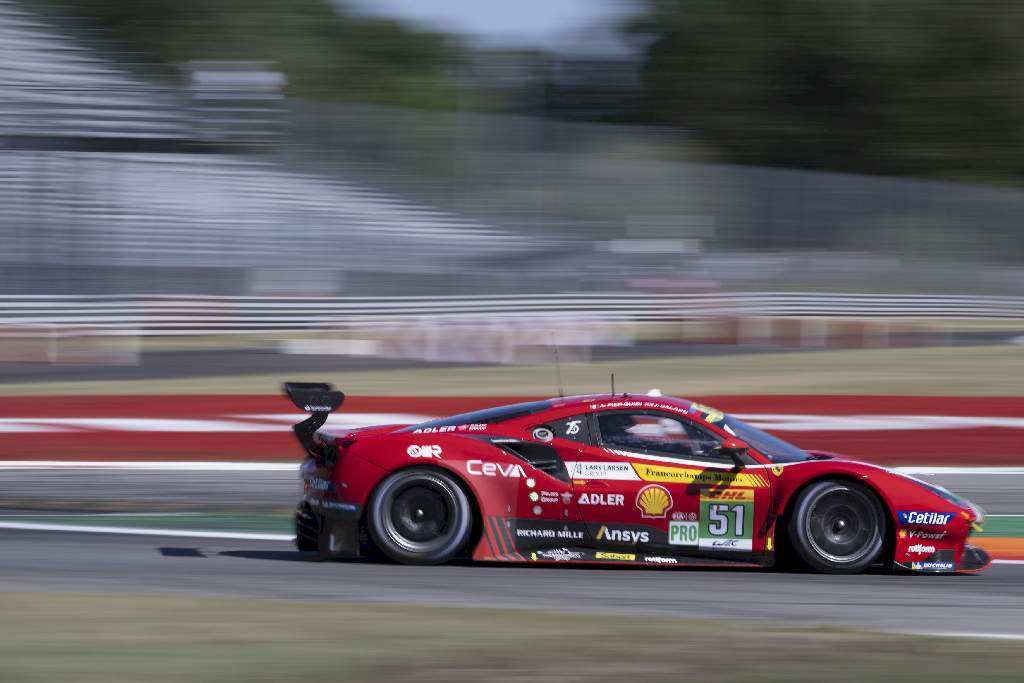 FERRARI AT 6 HOURS OF FUJI TO DEFEND FIA WEC LEADERSHIP

The FIA World Endurance Championship revs up its engines with the 6 Hours of Fuji, the fifth and penultimate round of the World Endurance Championship, back in the Land of the Rising Sun for the first time since 2019. The technical and fast Fuji Speedway will feature seven 488 GTEs, two in the LMGTE Pro class and five in the Am. Alessandro Pier Guidi and James Calado top the drivers’ standings with 95 points.

LMGTE Pro. After their third place at Monza, the reigning world champions took the lead in the standings with a one-point advantage over Gianmaria Bruni and two over Kevin Estre and Michael Christensen. The Italian and British drivers set off from pole the last time the series visited this circuit, finishing the six-hour race in fourth after a very effective comeback. The crew of AF Corse’s number 52 488 GTE, Miguel Molina and Antonio Fuoco will make their debut at Fuji after second place at Monza in a race they led for a long time. “Our expectations are very high here in Japan also considering the good result we achieved at Monza”, said the Italian. “It’s my maiden outing on the track so I’ll have to get a feel for the car straight away. I expect a challenging weekend, also considering the changeable weather conditions forecast, but we will do our best to achieve a good result”.

LMGTE Am. Two of the five Ferrari crews, Iron Dames and Iron Lynx, will make their first appearance in Japan. After their fantastic second place in Italy, Rahel Frey, Michelle Gatting and Sarah Bovy are targeting the top step of the podium. Their teammates Claudio Schiavoni, Matteo Cressoni and Giancarlo Fisichella aim to secure their season’s first podium finish after just missing out at the Autodromo Nazionale di Monza. Davide Rigon will join Thomas Flohr and Francesco Castellacci in AF Corse’s number 54 488 GTE, replacing Nick Cassidy. The latter will be driving the AF Corse Red Bull AlphaTauri Ferrari in the DTM round at Spa-Francorchamps. However, the Piacenza-based team’s second car’s crew, with Simon Mann, Christoph Ulrich and Toni Vilander, and Spirit of Race, with Franck Dezoteux, Pierre Ragues and Gabriel Aubry, is unchanged.

Programme. The FIA WEC drivers will hit the track on Friday with the two free practice sessions at 11am and 3.30pm, while for twenty minutes on Saturday afternoon from 2.40pm official qualifying for the LMGTE Pro and LMGTE Am class cars will take place. On Sunday, the race will start at 11am and end six hours later. All times are local.