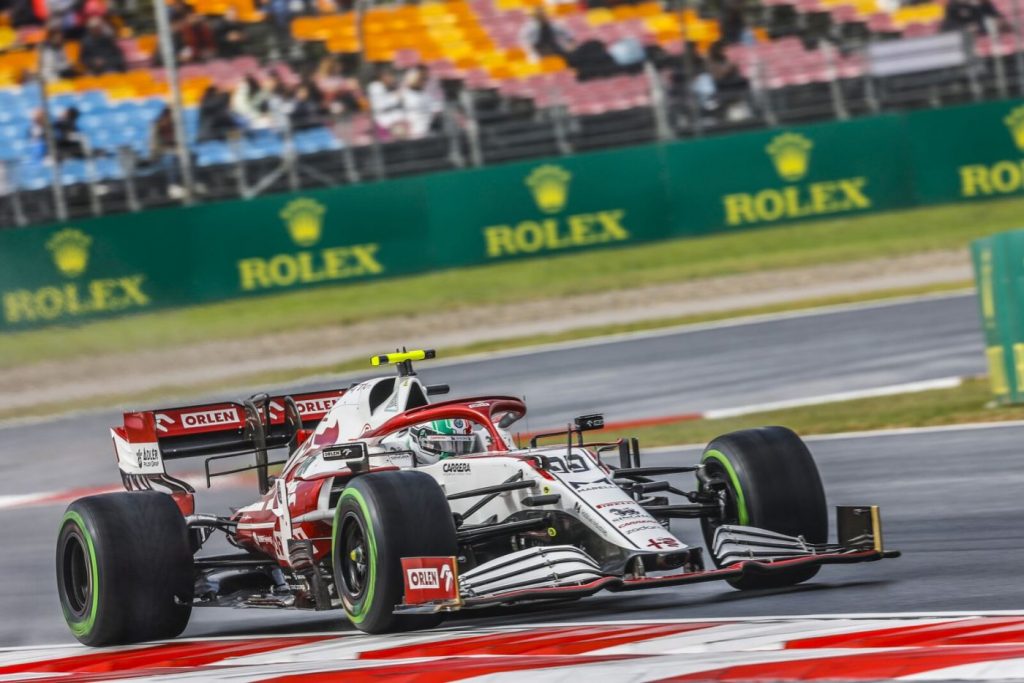 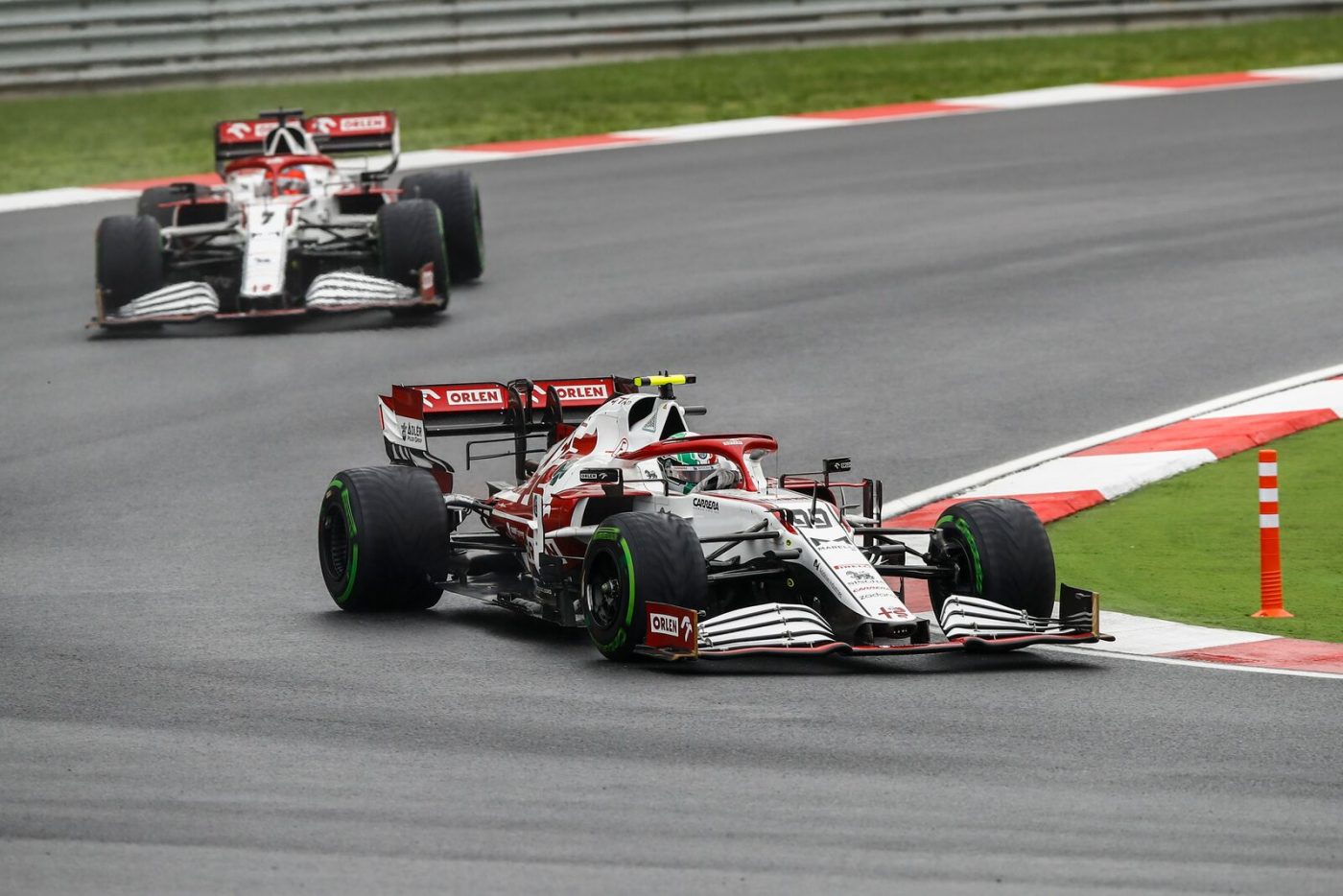 Alfa Romeo Racing ORLEN produced a strong race at the 2021 Turkish Grand Prix, with Antonio Giovinazzi and Kimi Räikkönen just missing out on the points in 11th and 12th after fighting their way from the back of the grid. It was a performance from the team that deserved the reward of points, a result that would have no doubt come had the race been just one lap longer, with both Antonio and Kimi rapidly closing in on a struggling Esteban Ocon.
Starting in P16 and P17 respectively after a challenging Saturday in which their best laps were cancelled, Antonio and Kimi produced brilliant starts to close the first lap in 12th and 13th – the highlight, a daring move by Kimi around the outside of Mick Schumacher in turn eight.
The race was fairly uneventful for both drivers, as they extended their stints on intermediate tyres, but in the closing stages, both were able to display good pace to close the gap on Ricciardo, passing the McLaren with a lap to go and chasing down Ocon – unfortunately not being able to make the move for P10 before the chequered flag.

Frédéric Vasseur, Team Principal Alfa Romeo Racing ORLEN: “The team had a very strong race, with good pace and both drivers keeping ahead of Ricciardo, Russell, Alonso and others on merit. After yesterday’s challenging qualifying, we made a good start with both cars and that set us up for a shot at the points. The conditions out there were not the easiest but both drivers kept their cool and gradually closed in to the top ten: in the end, we were among the fastest cars on track and could pass Ricciardo, but we were just one lap short from catching and passing Ocon for the final point. Finishing in P11 and P12 is always frustrating, we were close to making it two races in the points in a row, but we will take this as an encouragement ahead of Austin.”

“It was a good race, but in the end we didn’t get anything out of it. The conditions were ok, very consistent throughout the race and we had some decent pace. Still, it was quite hard to get past anybody until the end, when some were really struggling with their tyres. We went really close to the points but ran out of laps to make it.”

“We were just one lap away from being in the points, and this is really frustrating. The race wasn’t bad, despite starting from the back as a result of yesterday’s qualifying, which made everything harder. We gave it our best but unfortunately it wasn’t enough – for the smallest margin, just one second. We had good pace in the last couple of races, so let’s focus on getting back in the points for the next race in Austin.”