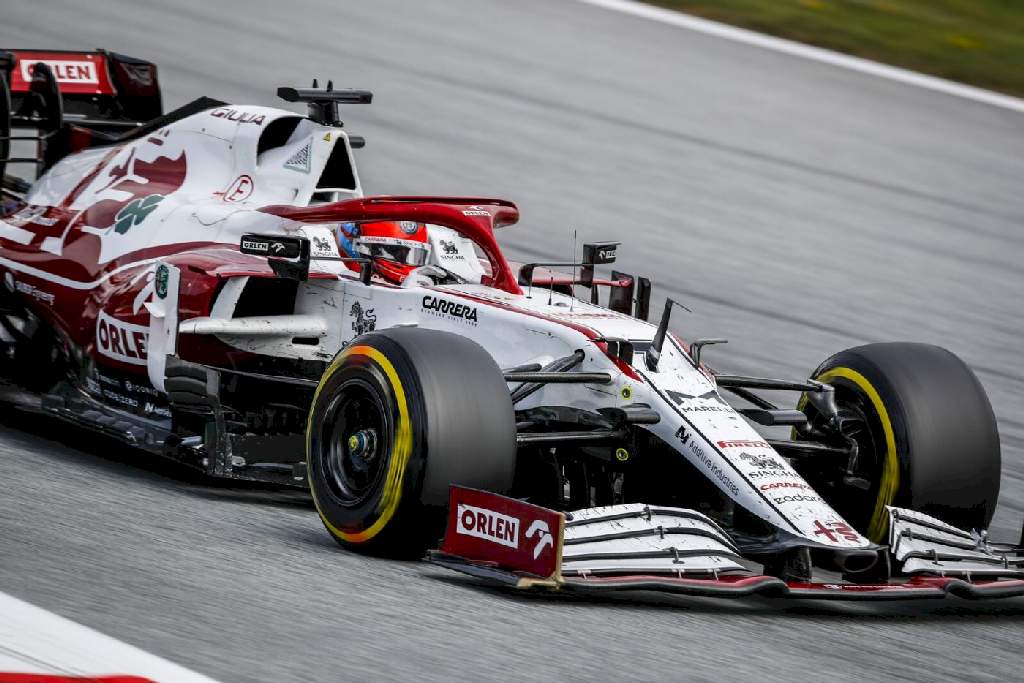 Alfa Romeo Racing ORLEN went really close to a points finish once again, only for the Austrian Grand Prix to end in frustration for the team. Kimi Räikkönen, who had been in a fight for P10 until the final lap of the race, crossed the line in 16th after a collision, while team-mate Antonio Giovinazzi was 14th after a penalty set him back in the opening stages of the afternoon.

Starting in P15 and P16 with Antonio and Kimi respectively, the race was always going one of attack. A first-lap stop for Antonio set him on a charge from the back, while Kimi, starting on hard tyres, had the opportunity to extend his first stint and make up track position.
A penalty in the early stages burdened Antonio with an extra five seconds at his second pit-stop, putting him at the back of the field and forcing him on a comeback drive for the second week running. Kimi, on the other hand, was able to close the gap to the cars in front, making the most of his medium tyres. With Russell and Alonso fighting for P10, Kimi closed the gap and lined up a move: unfortunately, contact with the Briton cost him some time, putting the Finn in the clutches of Vettel. A collision with the Aston Martin in the final lap of the race saw both leave the track, with Kimi eventually crossing the line in 16th, two places behind Antonio.
A frustrating end to another race in which we showed good pace but couldn’t make the inroads we needed into the top ten: positives to build on ahead of the next race in Silverstone, work to be done to return where we deserve to be.

Frédéric Vasseur, Team Principal Alfa Romeo Racing ORLEN: “Of course it is disappointing to leave Austria with no points after two races in which our pace was good. We paid the price for a poor Saturday, as starting from 15th and 16th made our lives unnecessarily hard. Both cars had pace, as Kimi showed towards the end of the race, but the job at hand was just too big in the end. We can build on the positives, of course, but we will need to address the weak points as we attempt to make the final step towards the top ten in Britain.”

“It was a race in which the car was pretty ok but we just lacked that little bit to be in the top ten. We had a first long stint on hards, then on mediums we were able to catch up to the guys in front fighting for tenth. Alonso went past Russell, I went close, then had the contact with Seb. We came together and that was it, in the end it didn’t change the end result as we would have both fallen a bit short of the points.”

“A frustrating day: just as last week, our race was compromised on the first lap. I had contact with Esteban and had to pit: we had good pace afterwards but everyone was pretty close and it was very difficult to recover much. I got stuck behind a Williams, then even got a penalty – a weekend to forget. Hopefully we can have a better race in Silverstone as the performance was not bad.”