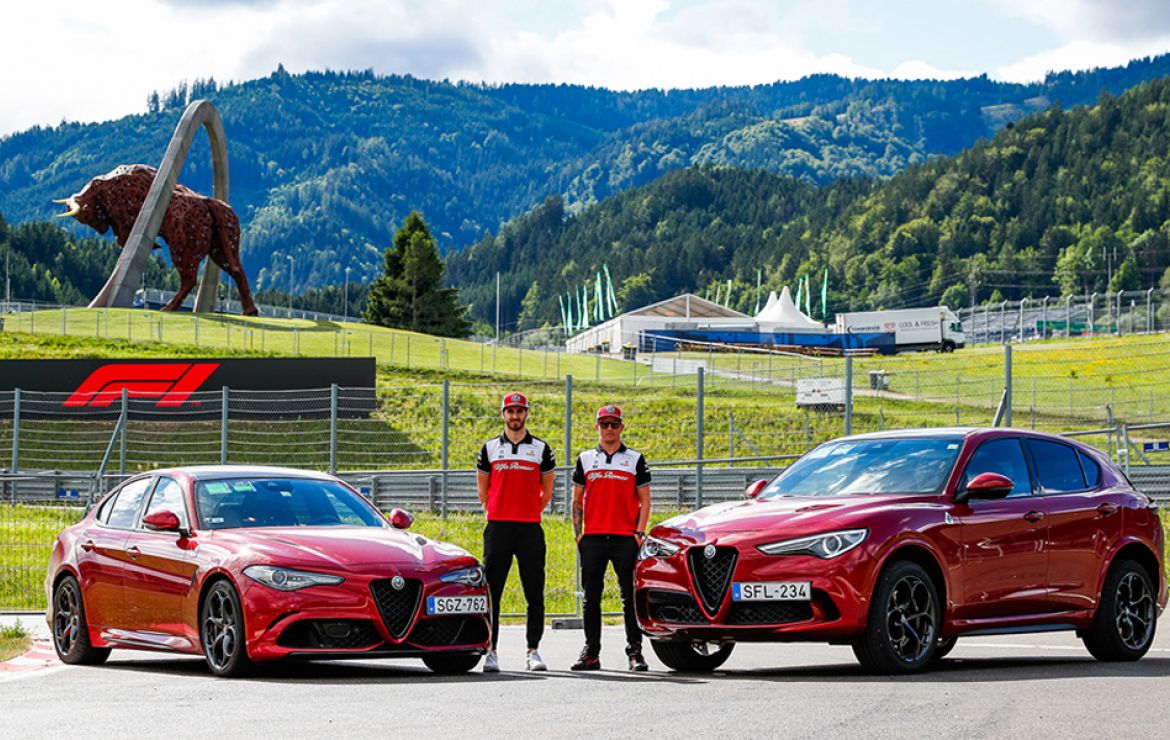 Alfa Romeo Racing ORLEN extended its run of Q2 appearances as Antonio Giovinazzi qualified in P15 for the Austrian Grand Prix, with team-mate Kimi Räikkönen a position behind him in 16th. It’s a result that belies the strong pace shown in the practice sessions earlier this weekend, but one that will allow the team to fight for points in tomorrow’s race.
After being well into the top ten earlier in the day, with Antonio in P5 in the final practice session, expectations were high and pace seemed to be on our side. This was confirmed in Q1, with Antonio confirming his form to set the seventh fastest time to comfortably make it to Q2. Kimi, on the other hand, set a good lap on his first attempt but couldn’t replicate the same feeling with the car in the second part of the session, ending up just 0.03s away from a spot in Q2, in 16th.

In the second session, Q2, Antonio set the 15th fastest time in his first attempt; a second, quicker attempt was unfortunately cancelled due to a track limits infraction.
The result is short of expectations  but with a strong race pace displayed around the Red Bull Ring last Sunday and promising results in the practice sessions, the team enters the race knowing we can be in the fight for a place in the top ten.

Frédéric Vasseur, Team Principal Alfa Romeo Racing ORLEN: “Given how strong we looked in the practice sessions so far this weekend, to line up in 15th and 16th is well short of what we were expecting: when margins are so small, however, this is what happens when we can’t extract 100% from what we have. Our focus is completely on tomorrow’s race now: we know we can be really competitive in the race, especially with what we have shown last week, so we will try to make up as much ground as we can in the early stages and then make our pace work for us. We came within touching distance of the points last week and we can go better this time around.”

“I had a good feeling and the car felt quite good in the first run, but when it came to the second set, I just had no front end in the first two corners. I don’t know what caused it as our lap preparation had been as good as always, but I ended up a couple of tenths down after the first corners and that was my lap pretty much done. I managed to catch up a little in the rest of the lap but the damage was done. We had a good recovery in the race here last week, so let’s see what we can do tomorrow.”

“After such a strong weekend so far, to be 15th is disappointing. I really struggled at the beginning of our push laps, so we need to understand better what happened. We feel we had the pace to go to Q3, but we couldn’t put it together. We’ll see what we can get out of the race, our long run pace was good and we were strong last week on the compounds we will use tomorrow, so we can fight our way to the top ten.”