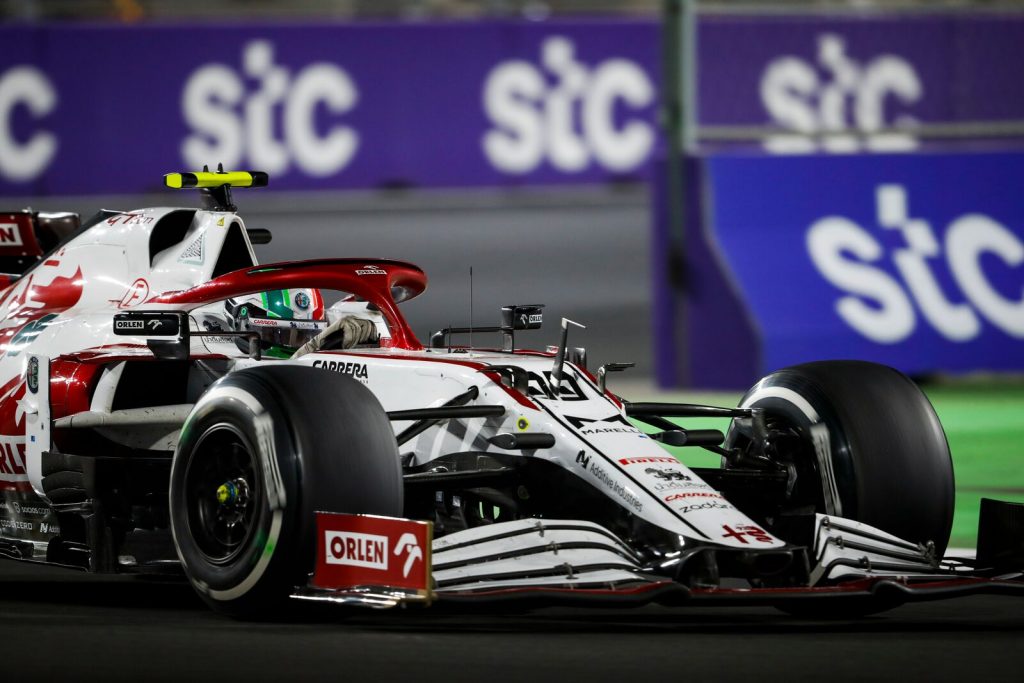 Alfa Romeo Racing ORLEN emerged with two points from a spectacular Saudi Arabian Grand Prix as Antonio Giovinazzi finished ninth, with team-mate Kimi Räikkönen 15th after a contact excluded him from the fight for points.

On the newest venue in Formula One, the team performed strongly, surviving several restarts and always being in contention for the top ten positions. Following the team’s best collective qualifying performance of the season, yesterday, both drivers gained ground at the start and displayed good pace. Antonio ran most of the race in seventh place, only ceding places to the two Ferraris in the closing stages but managing to hold off Norris’s McLaren to the chequered flag for his best result of the season.

The two points claimed in Jeddah bring the team’s total to 13: buoyed by tonight’s performance, the team will aim to add to this tally in next week’s final race of the season, the Abu Dhabi Grand Prix in Yas Marina.

Frédéric Vasseur, Team Principal Alfa Romeo Racing ORLEN: “First of all, what a great show tonight was, what an ad for our sport. In this incredible new venue, we delivered a strong race to bring home two points thanks to Antonio’s great performance. It’s a good reward after we’ve been on pace all weekend, straight from FP1: we knew we had the speed but we still had a big job ahead of us to deliver it, keeping clear of the chaos and making sure we extracted everything we could from our package. We had two cars running in the points at one stage and, even though Kimi dropped out of the battle after contact with Vettel, Antonio was able to run as high as seventh for most of the race. To finish right behind two Ferraris and hold a McLaren at bay was the most we could do so we can be pleased with our performance. It’s a confidence boost ahead of the final race, let’s finish the season well now.” 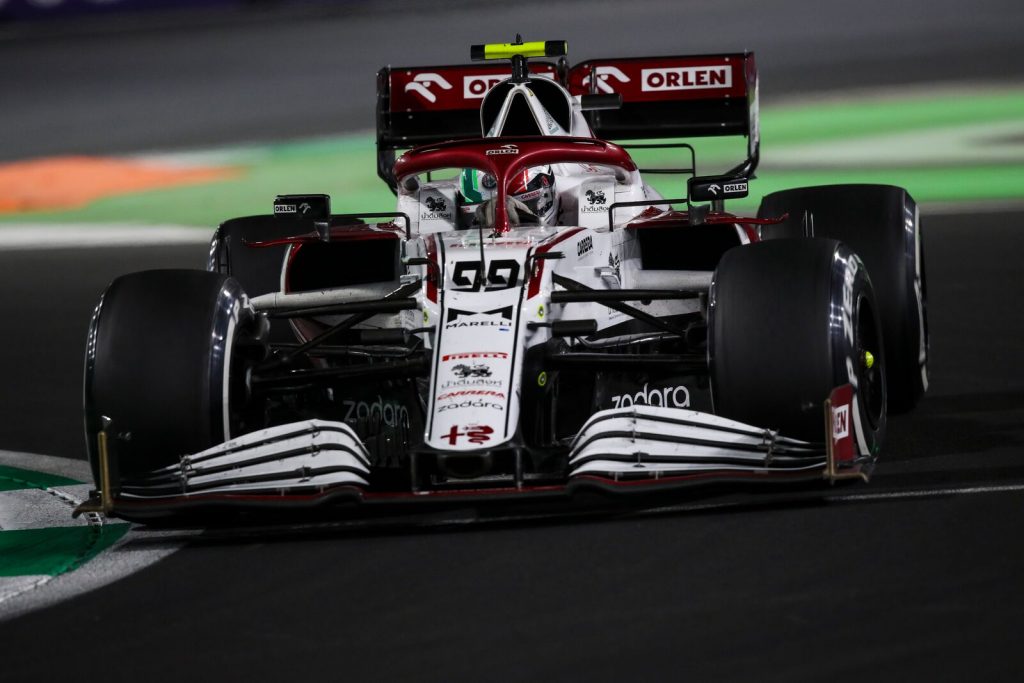 “It was a hectic race, especially with all the restarts and the first laps. Our pace was not too bad and we could have fought for the points, but once I picked up damage in the contact with Vettel, it was really difficult. There wasn’t much in it, we were going side by side, I tried to make the corner but we touched. That ruined my race completely, there was no way back from there.”

“I am really happy with tonight’s race – not just the result, but the performance as a whole. We were strong in qualifying yesterday already, and today we managed to keep out of trouble in the chaos: we always made some gain in the starts and we had the pace to keep in the top ten, even though at the end the two Ferraris were just too quick for us. It was a tough race, very physical – it reminded me of Singapore at times, with the heat and humidity – but in the end we have a good reward to show for it. We finished so many times just outside the points, in P11, so to have a ninth place feels really deserved. I am looking forward to Abu Dhabi and to fight for another good result to close the season well.”