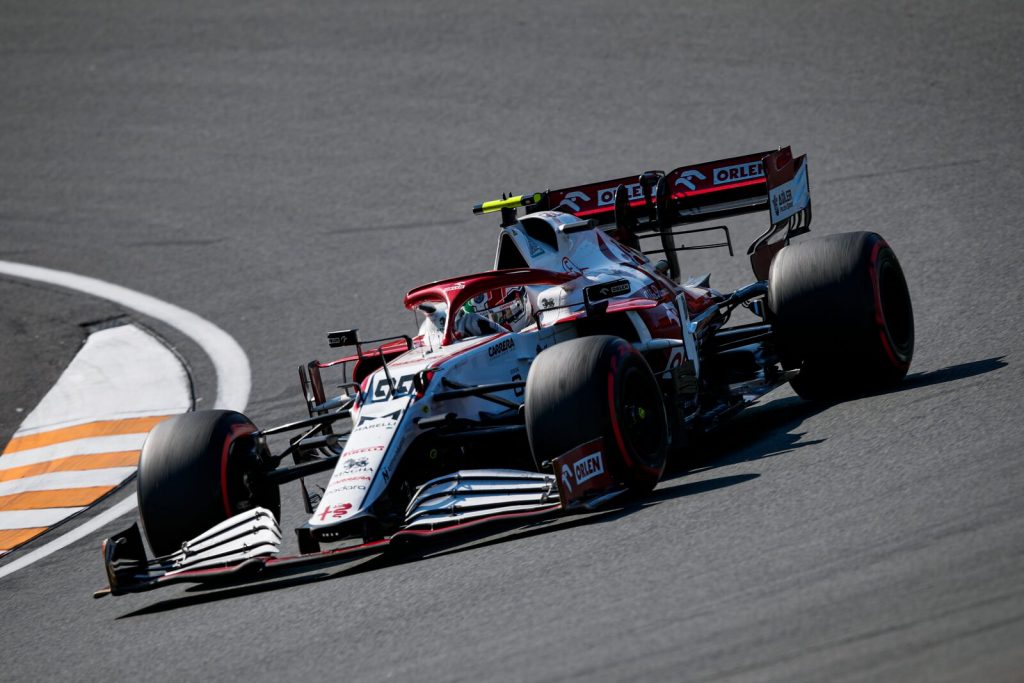 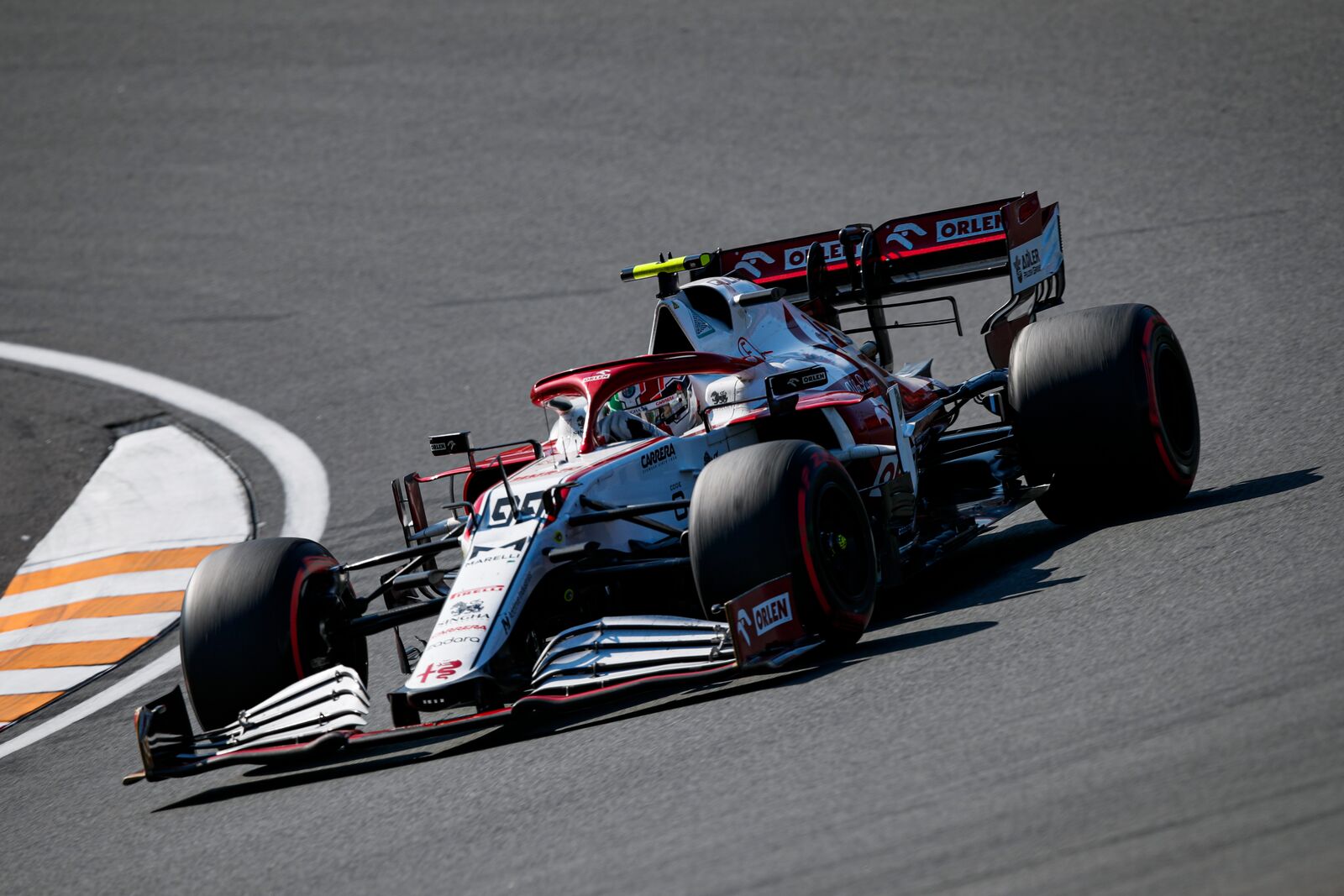 Alfa Romeo Racing ORLEN had a spirited but eventually unlucky day in Zandvoort as Antonio Giovinazzi and Robert Kubica finished in 14th and 15th in the 2021 Dutch Grand Prix. It was a result borne not out of lack of trying, as both Antonio and Robert fought from lights to flag, but of circumstances and episodes that didn’t play in the team’s favour.
On the back of a very positive performance on Saturday – actually the team’s best ever qualifying in the hybrid era, with the lead car just 1.02% off the pole – Antonio started in P7 and kept his place in turn one. Unfortunate contacts with Sainz and Alonso in the opening stages resulted in the Alfa driver dropping a few places, but he settled down well into P10 for his first stint. Robert, drafted in just before FP3 to replace Kimi Räikkönen, had a clean start and held position well, engaging in some nice battles, first with Sebastian Vettel and then with Nicholas Latifi, in the course of the race.
Antonio, who ran in the points until his pitstop, saw his race unravel only six laps after his visit to the pits, when a puncture forced him to an early second change of tyres. Rejoining near the back, he was able to make up some places, eventually finishing 14th – one place ahead of team-mate Robert, who made a good pass on Latifi on the final lap to seal the place.
On an emotional weekend for the team, we responded with a spirited performance, with lots of heart. Luck was not on our side, but the way the team got together to counter adversity, with highs such as Antonio’s qualifying performance and Robert’s gutsy race, are an encouragement for the remainder of the season.

Frédéric Vasseur, Team Principal Alfa Romeo Racing ORLEN: “It was a day in which luck was not on our side, with a potential good result lost to an unfortunate series of circumstances. Coming on the back of our best qualifying performance since 2014, we were confident we could have a good race. Sadly, Antonio suffered a contact in the opening stages and lost a few positions as a result. His race was further compromised when he had a puncture just a few laps after his pit stop and had to return for a fresh set of tyres: after that, he was good to recover a few places but the top ten remained out of reach. Robert had a good race, with some entertaining battles and his final lap pass on Latifi was a nice way to bring the race to a close. We finish 14th and 15th on a weekend where we would have deserved more.”

“It was a good start from a good position, but already in the first lap I had contact with Fernando and dropped some places. We were still in the top ten and looking solid, but then a puncture compromised our race. It had been a really good weekend until then but that bad luck during the race means we didn’t score any points. Now we focus fully on Monza, my home race: I’m looking forward to giving a good show to all the Tifosi.”

“I am quite happy with my race, even if it was not easy to step in on one of the toughest, most physical tracks. Last time I did a full race distance was nearly two years ago in Abu Dhabi, but in the end it was a good race and I even had some fun battles. Everyone probably expected a chaotic race, with yellow flags, safety cars, but none of this happened: I still managed to have a good fight with Sebastian [Vettel] and then catch Latifi and pass him in the final lap, which was fun. Considering the amount of preparation I had, I am very pleased with how the race went and I am ready if the team needs me again.”