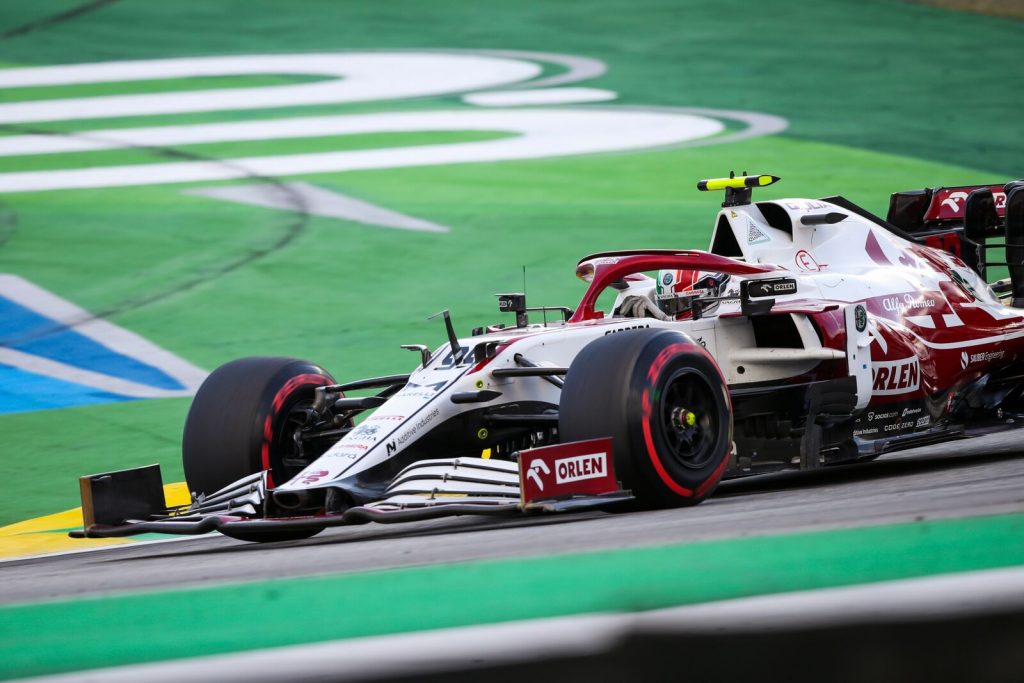 Alfa Romeo Racing ORLEN had mixed results in Sprint qualifying for the Brazilian Grand Prix, as Antonio Giovinazzi made up one place from his starting position to finish 13th, while Kimi Räikkönen was 18th after having to recover from the back as a result of a collision and spin in the opening phases.

Both drivers, starting in 13th (Kimi) and 14th (Antonio) gained a place at the start and displayed good pace; a lap into the race, however, as they both overtook Alonso, they made contact with each other at the apex of turn one, resulting in a spin sending Kimi to the bottom of the standings.

The Finn was able to recover two places by the chequered flag, finishing 18th, while Antonio only lost one place, to a recovering Lewis Hamilton, on his way to 13th. They will start from these positions in tomorrow’s race, with the aim to make progress and be in the fight for the points.

Frédéric Vasseur, Team Principal Alfa Romeo Racing ORLEN: “We did a good job at the start and things were looking promising until the contact between Antonio and Kimi. They had both made a good move on Alonso and it’s a pity they made contact in turn one, as that put Kimi right at the back of the pack. The rest of the race was pretty straightforward, as positions remained quite static until the end, so we could have had the chance to gain one place with both cars ahead of tomorrow’s race. The result leaves us with mixed feelings – we are happy with Antonio’s race, but disappointed Kimi was caught up in that contact and lost places.”

“I had a good start and I thought I could make some more progress when I had the contact with Antonio. I went outside Alonso, he went on the inside and by the time we were at turn one, I couldn’t really see what was happening on the inside. We had the smallest of touches but that was enough to spin me around, that’s about it. Of course, this doesn’t help for tomorrow’s race. It won’t be easy starting from 18th but we’ll try our best to make up some ground.”

“The sprint result wasn’t too bad, P13 is not the greatest but we can put up a good fight from there. I am happy about how the race went and I am looking forward to seeing what we can do tomorrow. As for the incident with Kimi, it’s a shame we made contact: I don’t really know what happened – we were three-wide on the straight, I took the inside and then suddenly I saw Kimi on the outside. We touched tyres, I tried to avoid that but there wasn’t really anything I could do: I was on the inside and braked as normal. Unfortunately, I also picked some front wing damage, which gave me a lot of understeer in the last corner. Now let’s focus on the race: we’ll give our best, the race here in Brazil is always an exciting one so it’s hard to know what to expect.”